How to Stamp Out Violent Threats, Misogyny And Sexist Abuse Online?

Support our campaign to stamp out violent threats, misogyny and sexist abuse online. We will also be sending out information about the major conference we will be held in the new year to bring women together to support the campaign and put forward practical ideas about bringing the real change.We’re calling for women and men to stand together against violent threats online, misogyny and sexist abuse. 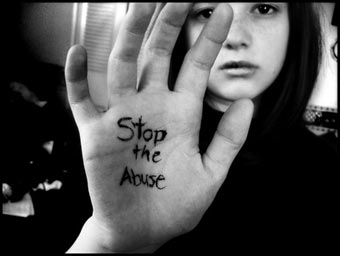 The internet is a powerful way to invigorate public life, and it must always be a form of free speech and honest debate. Just as we do in our homes, on the streets, in the pub or at work, we all want to be free to express our anger, disagreement, contempt or strong views in an argument.

We are here to be together, to educate ourselves, to show support and that no one is alone. We are in this together, and as a whole, we will fight against any injustice. Everyone is born equal and should be equal for the rest of their life. Abuse is not an option, a right or an excuse. Abuse should always be addressed and condemned. The communication is always the key in every situation and day-to-day life, and it should be free of any abuse, misogyny or threats. Victims shouldn’t be shamed or left alone in an unfair fight.

Reclaim the internet is a forum for people that came together to debate what action is needed to tackle misogyny online. in the new year we will be holding a major conference to discuss what more can be done. We will cover a range of issues including:

Hi, my name is Collette, I was born, raised in New York where i still currently live. I am currently in my mid thirties and after changed career multiple times and struggling to find a passion I decided to leave the career based live behind and start an online community for like minded people. This community is a safe place for women and like minded men who want to steer clear of misogyny, sexism, degrading comments and racism. I hope you enjoy your stay.

DISCLOSURE: This post may contain affiliate links, meaning when you click the links and make a purchase, we receive a commission.